A Himalayan nation learning from nature to ensure a resilient future 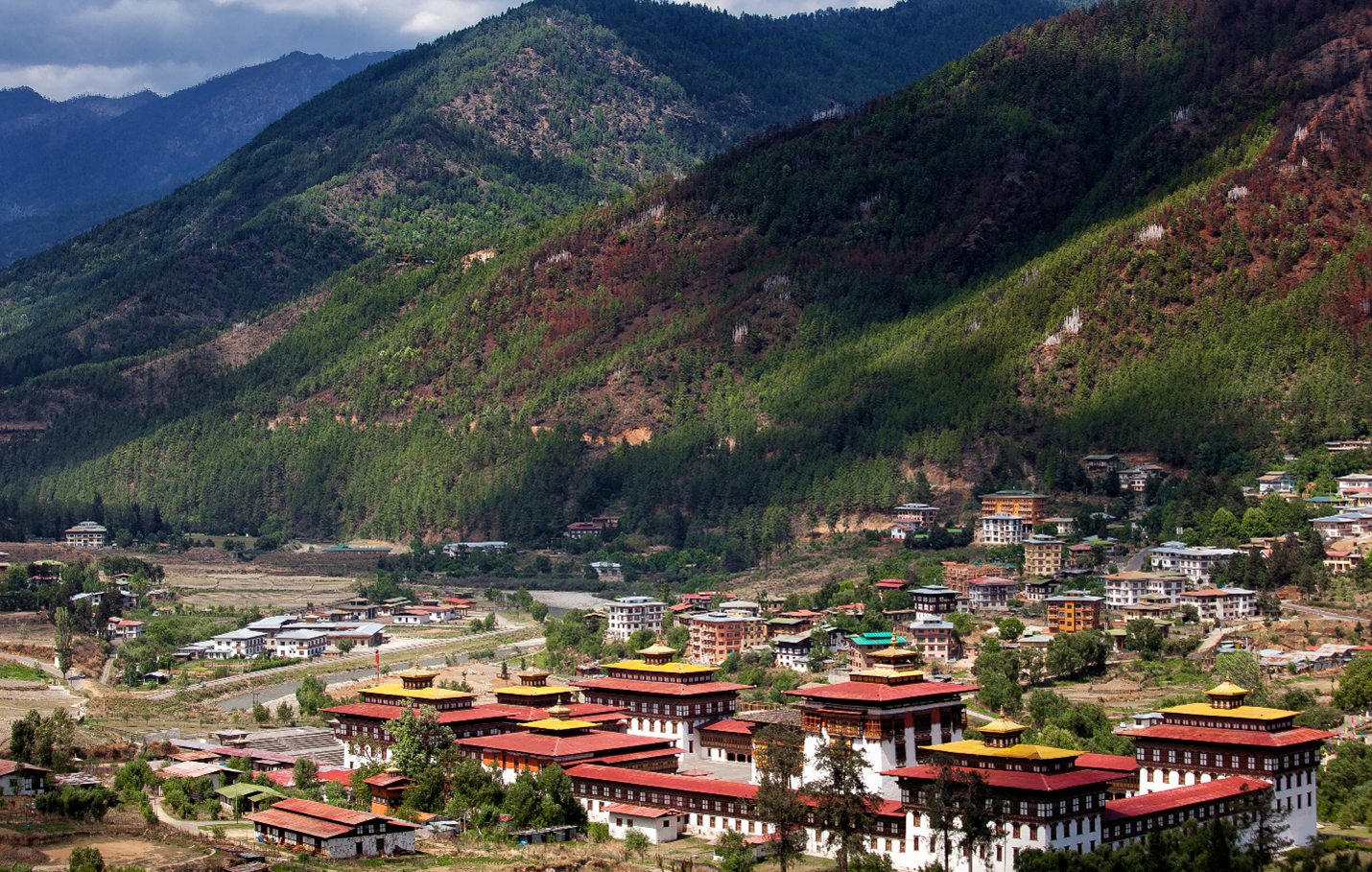 Bhutan is a landlocked country with plenty of glacier lakes, watered by snow-fed rivers. Floods related to glacier lakes outburst has been one of the most feared disaster, followed by forest fires and finally the earthquakes. Every year there are certain number of cases related to forest fires reported, and the immeasurable number of plant species destroyed along with emission of harmful gasses.

The ministry of Agriculture revealed in its national forest inventory report that Bhutan has forest cover of 71 percent as of 2017, which greatly helps in maintaining the ideal ecosystems. Firstly, by conserving the forest, one can preserve varieties of species of plants that provide multiple benefits in preventing disasters.

Take an example, mycorrhizal fungi provide trees with nutrient minerals which is considered necessary for growth of plants, decaying of woods and litters, thereby playing an important role in natural recycling.  Moreover, by conserving the forest, it can greatly reduce the secondary impact such as landslides following an earthquake or the floods from glacier lake outburst.

On the other hand, each individual household with available resources can plant at least a sapling each year along the barren area prone for landslides. The more saplings are planted, there is less chance of global warming, because of which the snow over the mountains is melting down fast. In a similar way, imparting farmers with valuable information about the importance of good drainage system for rainwater, while working on the farm using water, can help one in early identification of risks for floods and landslides, thereby reducing the chance of occurrence of disaster.

However, the rapid emerging urbanization results in deforestation leading to environmental degradation. During olden days, Tsheri or shifting cultivation is widely practiced in our land, which had been discouraged by the government since 1964 yet people continued the practice until the enactment of National Forest Policy act in 1974. Further after the establishment of Dongdey Nagtshel or village forest, it proved a tremendous benefit in conserving the forest, and for those villagers availing for the forest products.

Furthermore, identifying few of the rich biodiversity areas of the country as a national reserve park, for example Lamperi Jigme Dorji Wangchuk National Park, can also help in preservation of the forests and animals. The park can also restrict unwanted human activities around this reserve area which ultimately can reduce the chance of forest fires, deforestations and new modern way development for settlement.

One can identify an individual solely responsible for taking care of the national reserve parks and glacier lakes. Thus, these caretakers need to perform their duties sincerely and report them to the concern person on time. For instance, the glacier lake caretaker can measure the water raising level of lake daily and record it. The surrounding of the glacier lakes must be sealed with double layered stone bricked walls, connected with proper drainage system for any outflow and planting sapling at every required place to prevent soil erosion during the time of sudden outburst of lakes.

These identified individuals must provide accurate clear information to any visitors coming in national parks and glacier lakes to explore its uniqueness, about the rules and regulations to be followed strictly while inside the campus. The rules and regulations must be focused on topics such as restriction of using anything related to fire and improper disposal of waste materials. The concern organizations need to display this important message through proper channel such as through poster, media and paper pamphlets.

We can discourage people from consuming plastic packed junk foods and encourage them to take organic green vegetables and fruits. We can also reduce air pollution by using fewer cars to travel short distances or walk, use bicycles, and take public transport. Air pollution related disaster can be reduced not only through limiting the import of cars in the country but also through proper waste disposal and sewage systems. One can recommend people to segregate the waste materials at the point of generations by types like biodegradable and non-biodegradable. Then one can either compost the biodegradable waste into manure for future use in farm or avoid burning that non-biodegradable waste. We can also reuse few waste materials such as bottles, tins by converting them into flowerpots. A proper waste disposal also plays a vital role in reducing air pollution, which indirectly helps in combating disasters.

Therefore, it is important for a Himalayan country like Bhutan, which is filled with glacier lakes prone to outburst, rich forest prone to forest fire and deforestation; to encourage its people to work as a team in conserving the forest and educating on strengthening the natural remedies such as planting saplings, sustainable transportation and recycling of natural resources, in order to make this world disaster free.

If we the people decide and join hands to achieve solutions like increasing the forest coverage of the country into more percentage as years add on to the previous one, preventing human settlement from rural to urban areas so that there would be less migration in urban areas and that would give opportunity for other rural places to develop at the same acceptable rate as urban areas within a certain period of time, creating more national reserve parks under guidance of trustworthy individuals and adapting a new way of healthy life style, then we can easily tackle any disaster.

Hence it is believed that if we coexist with nature in our day-to-day life, we can experience a very peaceful journey of life.

Karma Yangchen from Bhutan is one of the 10 winners of the Youth For Resilient Infrastructure Essay Competition.

This essay is the final one in a series of 10, written by youngsters from across the world.