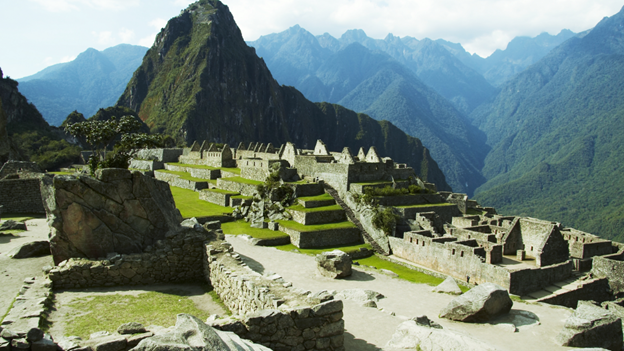 Machu Picchu was built by the Incas using seismic-resistant construction techniques due to the high frequency of earthquakes in the region.

Indigenous practices are culturally-specific and are informal methods developed by a group of people over several years in order to bounce back quickly from natural, stealth, man-made as well as hybrid disasters.

They are largely derived from a deep understanding of the local context. As a native of Mauritius, in 2020, I witnessed the MV Wakashio oil spill. Amid the chaos, my heart warmed up and my hopes revived as I experienced the strong solidarity among fellow Mauritians. In particular, locals had rapidly created oil booms out of sugar cane leaves to contain the oil spill and limit the damage to our coastal infrastructures and fishermen’s moored ships. Additional oil booms were also crafted from hair trimmings donated by thousands of volunteers across the island.

As I watched these events unfold, I realized that I was experiencing the birth of a distinct set of indigenous practices in Mauritius. I saw its potential in feeding into formal policy-making and enhancing the country’s responsiveness in combatting future oil spills. In this essay, I shall critically evaluate the importance of indigenous knowledge and practices in - building urban resilience as a pre-disaster measure; reducing or preventing loss of physical assets during crises; post-disaster infrastructural recovery management.

The adoption of indigenous practices in building cities with disaster-resilient infrastructure dates back to the earliest civilizations. As an example, the renowned royal estate of Machu Picchu was built by the Incas using seismic-resistant construction techniques due to the high frequency of earthquakes in the region. The walls of the buildings were slightly inclined towards the interior and bore rounded corners, thereby contributing to their steadiness even during the strongest earthquakes. Similarly, across cities in the Kashmir region, traditional construction techniques, namely “Dhajji-Dewari” and “Taq”, have been widely used to render homes more earthquake-resilient.

With the “Dhajji-Dewari” system, flexible timber frames with masonry infill are used. Hence, the lack of stiff construction elements aids the housing structures in resisting the full lateral force of the earthquake and they survive it. On the other hand, using the principles of the “Taq” system, large pieces of timber or wood runners are used to reinforce the masonry walls and keep the housing units in concert.

These innovations highlight the fundamental role of indigenous practices in building resilient cities. In spite of having been built with fewer tools, less skilled workers and on lower budgets, I believe that these old buildings outperform more modern infrastructure in terms of key performance indicators such as efficiency and value-for-money among others.

Local wisdom is crucial in mitigating the loss of physical assets during disastrous events. For example, in flood-prone areas such as Muzurabani in Zimbabwe, coping strategies have historically included raising a homestead during floods. Consequently, this helps to save human lives along with household items and physical property. In a similar vein, in regions which are frequently affected by erosions in Bangladesh, community members embrace adaptive measures such as growing couch grass around their residences in order to aid in soil stabilization.

Furthermore, in Mauritius, tropical cyclones are common occurrences. As a result, natives have developed tactics such as storm-proofing their glass doors and windows with plywood. Therefore, folk practices are inherently valuable resources as they tap into the potential of local communities in minimizing the adverse impact of disasters on their infrastructural systems. They encourage affected communities by - empowering them to actively participate in identifying issues and solving them; instilling in them a positive mindset to construct and reconstruct themselves vis-à-vis challenges.

Nevertheless, given that these indigenous practices are culturally-contingent, the main hindrance lies in their transferability and adaptability across other contexts. This is exacerbated due to the fact that traditional knowledge is of a tacit nature and rarely documented.

After the passage of disasters, indigenous practices help in assigning roles and responsibilities in view of speeding up infrastructural recovery management efforts. For instance, in American Samoa, as tsunamis subside, the villagers traditionally seek leadership guidance from the heads of indigenous establishments to guide response activities. These range from conducting search and rescue operations to clearing debris from infrastructural facilities such as roads in order to restore their usability. Such an indigenous approach is crucial as islands such as American Samoa are geographically isolated and the most effective recovery efforts are heavily dependent on the locals. The latter possess superior knowledge about their village and having spent their whole lives in such a close-knit community, they know best how to reach certain remote dwellings and account for each other.

Moreover, in the municipality of Bula in the Philippines, social groups are mobilized at the local level to facilitate recovery from floods. Particularly, these groups are responsible for building post-disaster recovery infrastructure in the form of shelters or even bridges to help children cross flooded rivers as they head back to school.

On the overall, there are a myriad of ways in which indigenous practices contribute to disaster resilient infrastructural systems. In turn, this helps the affected communities to better absorb external shocks, recover quickly from them and minimize economic losses.

In my opinion, such practices may even help them attain a higher functionality level, following disasters as they improve their mental preparedness to future adverse events and their ability to manage land, property as well as other resources. As the backbone of their respective native countries, youngsters should undoubtedly shoulder the responsibilities of passing on these traditional practices to the next generations.

I equally believe that at the government level, disaster management policies should be reflective of indigenous ways of life. This shift towards a bottom-up decision-making approach renders indigenous institutions less marginalized, ensures that more resources are devoted to help them achieve their goals and constitutes a vital step towards sustainable community development. Accounting for local needs paints a more holistic picture of the local vulnerability context and facilitates the implementation of efficient as well as tailored solutions in the arena of disaster-resilient infrastructural systems.

Shareefa Youshna Jewan from Australia is one of the 10 winners of the Youth For Resilient Infrastructure Essay Competition.

This essay is the fifth in a series of 10, written by youngsters from across the world.