Resilient housing near the epicenter of 2015 Nepal Earthquake 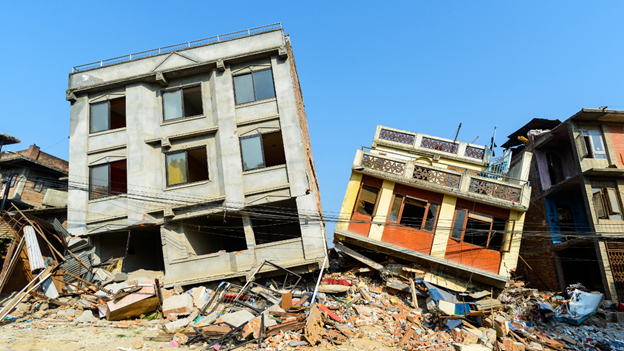 Traditional architecture is a crucial reason behind sustainable building design in different cultures and climates because it adapts to local environments by using domestic technology and construction materials. Though the modern design is replacing traditional forms: the Chepang living in Nepal possess higher faith in their knowledge and practice regarding the construction of houses.

This semi – nomad indigenous community’s houses look similar to the mountain regions usual houses in Nepal. But the materials, technology, and knowledge used by Chepang for the construction are different and are making a difference.

During my visit to Kosrang, a Chepang village in Nepal’s central part located on a rocky mountain in the Mahabharat range, I met Ram Kumar Chepang, sharing his experiences of the 2015 Nepal earthquake.

He shared: “Though we experienced the traumatic shake as the epicenter was just 20 kilometers away but not even a single house was damaged in our settlement.” Pointing towards his house, he further said, “Our house had just a few cracks.” To my further queries on their houses’ resilience, he told me that they constructed their house 16 years back. The house was constructed by themselves under the guidance and supervision of their father. Their father taught them the construction skill, which he had learned from his father and other seniors. Further, Ram Kumar and his brothers kept learning many other things one after another while practicing.

The construction of houses in Chepang begins with the selection of land. They consult with their priest to select the land before the construction, and the priest suggests them to undergo construction looking at the geography of land through their shamanic knowledge. The majority of Chepangs are very conscious in selecting the land to construct houses. They prefer to construct houses on rocky mountains. Afterward, they collect big slates of rock and red mud to mix it with water and locally available grass. While mixing the mud, they assure that they are maintaining the proper air pressure for its durability.

Ram Kumar further explained to me - “All walls have to be connected and overlapped. That will help each portion get connected to another, making it interlocked. Because it is interlocked, during the earthquake, though, the entire building shakes but will not fall apart.” He​ added – “We did not get any training for this. We learned it from our father and other elders.”

In between my conversation with Ram Kumar, his younger brother Dilip Chepang joined our conversation and added – “If we make the connection overlapped to another, then it will be stronger. To overlap the connection: first, we have to cut the stone, and it should be at least one meter to two meters. The longer it is, the better. If we compare this kind of house and cemented house, the cemented house might get destroyed but not our house. I can bet on this.”

After seeing his confidence, I was interested to know about some of their works. Then Dilip shared that they had constructed houses in Ghalchowk, Gorkha. None – of them were damaged during the earthquake in 2015 though it was just 10 km away from the epicenter. He claimed that the houses constructed by the Chepang community will not get destroyed for a hundred years. He also added that the house construction technique of the Chepang community might take more resources and be time-consuming but is more resilient.

According to him, houses constructed by their method will last longer than the cemented modern dwellings.

Then Ram Kumar added to our conversation, “We did not go to school. However, we have skill and talent. We did not have to spend a single rupee to learn this skill. A few skills were taught to me by my fathers. Moreover, most of these skills I acquired by practicing and doing things on my own. We use our minds to internalize the concept said by others to construct the houses. Look at our community; none of these houses we constructed were destroyed by the earthquake in 2015. Not even a single house. Nevertheless, the toilets were destroyed. Because we used cement to construct it.”

Houses constructed by Chepangs are also climate-resilient, as they maintain heat during winters and are cool during the summers. In such a traditional house, they have an oven inside made of mud, stone, and an iron tripod to keep the house warm. Besides resilient house construction, the priest’s essential role in land selection for the construction supports the family not to stay in landslide and soil erosion-prone areas.

The local Chepang labor constructs traditional houses in the community, and they have also been taking the lead in constructing houses in other places within the district and outside. Their knowledge and construction skills have contributed a lot to promote resilient infrastructure utilizing the locally available tools and technology. These sorts of traditional wisdom and practices are a product of our social values and should be preserved.

Ganesh Dhungana  from Nepal is one of the 10 winners of the Youth For Resilient Infrastructure Essay Competition.

This essay is the sixth in a series of 10, written by youngsters from across the world.