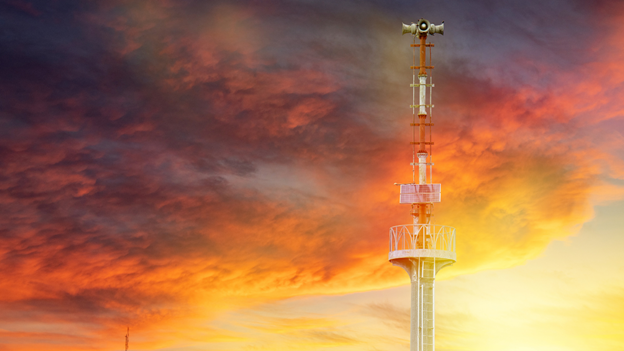 Humanity has been dealing with natural hazards for generations. Like all countries in the world, nations in the Mekong region – which spans six countries: China, Myanmar, Lao PDR, Thailand, Cambodia and Vietnam – are susceptible to natural hazards such as floods, droughts, storms, earthquakes, and an outbreak of diseases.

To add salt to the wounds, firstly, with human activities causing climate change, which, in turn, makes hazards more frequent, more violent, and more unpredictable than ever. Second, countries in the Mekong region are developing nations. Although they’re experiencing exponential growths in their economies, rapidly urbanizing, population numbers seeing a sharp rise, infrastructure in some areas, especially in the rural areas are still lacking, inadequate to support and shield the people from natural hazards.

Finally, should a disaster occur, these nations will have to divert much-needed funds, meant for development, into fixing the damages caused by the disasters. Thousands of lives will be in peril, homes destroyed, livelihoods lost, and they will need to relocate elsewhere. Since these disasters can strike at any moment, leaving behind chaos and destruction in their wake, slowing down the nation’s development, it is crucial to improve infrastructure capable of withstanding climate related hazards. Alongside the potential disasters, the COVID-19 pandemic is also a wake-up call for governments in the region to build resilience against such catastrophes to minimize as much damage as possible, curb the infection rates and provide as much support for the people as possible.

NATURAL HAZARDS IN THE MEKONG COUNTRIES

Countries in the Mekong region are unfortunate enough to be located in one of the most disaster-prone regions in the world. They are susceptible to frequent water-related disasters such as flash floods and storms. In total, 86 floods and 46 storms were recorded in the last decade. Amongst the five countries, Cambodia, Thailand, Myanmar, Vietnam, and Laos, Vietnam experiences the highest exposure to such events, with 33 floods and 31 storms in the same period of time.

Non-water-related disasters such as droughts, earthquakes, landslides, and epidemics are also rife in the Mekong region, such as malaria outbreaks in Cambodia, affecting millions, especially in the rural areas. In Thailand, storms and droughts are common, whilst landslides are frequent in Myanmar.

According to the statistics provided by the Emergency Events Database, over the last decade, with several riverine floods, total estimates of the damage costs clock in at a staggering US$521 million for Cambodia, $119million for Myanmar, and $40million for Thailand.

In Laos, the most damaging disaster was the tropical cyclone that struck them in 2018, costing up to $225million. While droughts are an uncommon sight in the Mekong countries, when they do hit, the damage is very high. For example, the drought that struck Vietnam in 2015 caused $6.75billion in damages. Thailand, being the country most susceptible to droughts, lost $3.3billion in damages caused by the 2015 drought.

The rise of technology, such as drones, artificial intelligence, the internet, GPS, and radar, make development of low-cost digital tools for early warning systems viable. These tools can broadcast vital information to the public, the severity of the disaster, where the disaster is heading from, and where to evacuate for safety. This will build awareness in the public, allowing them to take early action and prepare themselves for the upcoming cataclysms, hence saving hundreds of lives in the process. Such information can be given to the mobile phones, which has seen a sharp rise in mobile-cellular telephone subscriptions per 100 inhabitants in the Mekong countries.

For example, in Cambodia, flooding is a frequent occurrence and it ravages towns and villages, destroying crops and displacing thousands of people. To make things worse, the population who live in flood-prone areas have inadequate warning systems leaving them at the mercy of the disaster. However, with the development of hazard detection technology, warning dissemination software, dubbed Early Warning System 1294, or EWS 1294, can broadcast alerts and instructions to registered users when flooding is about to occur. Its goal is to provide people enough time to escape danger, by evacuating to higher ground, staying in their homes, and securing their valuables. This system was developed with funding from many organizations such as the EU Civil Protection and Humanitarian Aid Operations, partnering with the Open Institute, Innovative Support to Emergencies Diseases and Disasters (InSTEDD), the Provincial Committee for Disaster Management (PCDM), and the National Committee for Disaster Management (NCDM).

Since its initial use, EWS 1294 have been increasing its coverages, now operating in 21 out of the 24 provinces in Cambodia, with 93,000 subscribers nationwide. Provincial authorities can record and send messages to registered individuals warning them of the threats.

Meanwhile, in Lao PDR, their SMS warning system is still in its infancy as it was launched in 2019. Four Laotian companies cooperated by sending SMS (text) messages related to weather conditions. This information is issued by the Department of Meteorology and Hydrology of the Ministry of Natural Resources and Environment.

In Thailand, the Warning Volunteer Networking, or Mr. Warning, provides quick warning messages to the population via mobile phones. Mr. Warning has a team that works at the local level tasked with detecting incoming disasters, monitoring and assessing the situation, transmit warnings to the people, and coordinate evacuation and relocation efforts. Locals and officials set up group chats for easier communication with one another. By exchanging information, the authorities can make better estimates of the risks and potential damages. As of 2017, about 28,000 people are members of Mr. Warning in 3,340 villages that are at risk of natural hazards.

Coastal provinces in Vietnam use a similar system as Mr. Warning. In the past, village leaders will relay out information via loudspeakers in public spaces, or door-to-door. However, power cuts, blackouts, or inadequate electricity will render this method useless. To combat this, in 2016, the free SMS early warning system was introduced. This allowed volunteers, who are primarily heads of households and community disaster action teams, to exchange information with the government regarding floodwater levels. This app allows governments to enhance data collection, mapping, and assist in decision making. In dire cases of emergencies, anyone who has registered will receive SMS warnings and advice on how to protect themselves and their loved ones. Despite the improved early warning systems, messages tend to not reach across the country, especially to remote areas where they are most vulnerable.

When a disaster occurs in one country, its consequences can stretch beyond the borders and affect nearby nations as well. Such was the case when a dam in Laos collapsed in 2018 and brought massive floods to Cambodia. Without real-time information about the risks of flooding, widespread damage is unavoidable.

As a countermeasure, Vietnam has launched a satellite-based operational system with support from international partners. The system was developed to improve access to information on the reservoirs, the Red and Mekong rivers. The data acquired by the satellites can be used to calculate the storage volume of a reservoir. Information of how the dam can also be derived thanks to the record of average storage volume. Much more can be done to improve the satellite data and convert them into more accessible tools for the early warning system.

With sufficient preparation, aided with the rapidly improving technology, hundreds to thousands of lives can be saved from the cataclysm’s nature can throw at us. It enables us to relay information to the masses, educate them on how to prepare and defend ourselves, or evacuate to a certain area for safety. Such apps can also be used by the authorities to coordinate movements and to gather information about the disaster. Many countries have learned from past events and have taken up drastic measures to prevent such catastrophes from ever happening again.

Leekieth Sun from Cambodia is one of the 10 winners of the Youth For Resilient Infrastructure Essay Competition.

This essay is the fourth in a series of 10, written by youngsters from across the world.