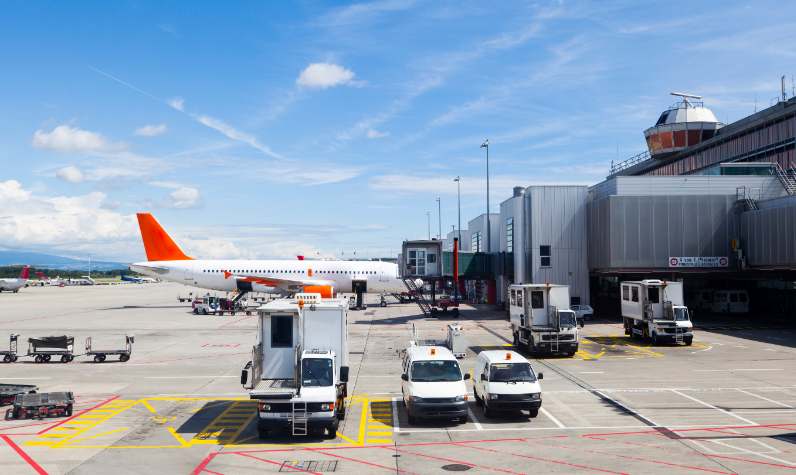 Airports are the gateways to the cities and countries of the world. They are the backbone for movement of people and goods across the globe. Earlier restricted to the outskirts of a city, airports have now become magnets for real estate development. Large airports are now busy transport hubs as well as economic hubs. Regional airports, which often serve a smaller geographical region, double as development nodes and centres around which real estate prices rise.

In urban areas, where availability and supply of land is limited, airports have been built on environmentally sensitive sites such as on land below sea level, alongside coasts, floodplains and on reclaimed land, severely increasing their exposure to natural and man-made hazards. But airports are long-term investments and as such, need to address not just current risks but also future risks rising from climate-related hazards.

When disasters strike, both large and regional airports become a crucial link for humanitarian operations, providing access to search and rescue teams, medical response teams and relief supplies. As evident during the COVID-19 crisis, airports also play a critical role in arresting the spread of infectious diseases. This requires them to be built and organized in a way that they can swiftly adapt their operational procedures and repurpose spaces to meet specific risk management needs in the face of an existing or imminent threat.

Damage to airports from natural or man-made hazards leads to direct losses and knock-on economic effects impacting the lives and livelihood of millions.

In a bid to counter this, the Coalition for Disaster Resilient Infrastructure (CDRI) plans to launch a global study on disaster resilience of airports. It will focus on the structural, non-structural as well as the operational and maintenance aspects of airports. The study will look at airports that have been affected adversely as well as those that have successfully managed the risk of extreme events.

While several studies and advocacy reports have advanced this agenda and airport authorities in some countries have undertaken studies for climate risk assessment, the focus has mostly been on airline-related disasters. Limited attention has been paid to disaster risk management for airports themselves. Even the programmes that focus on strengthening the emergency response functions of airports need to be complemented with a broader approach to disaster resilience planning for airports.

In line with the Sendai Framework, the CDRI aims to fill this gap. Its Global Study on Disaster Resilience of Airports will look at airport resilience from a systems perspective. By taking stock of the current state of practice and engaging with stakeholders, CDRI’s research and recommendations will prepare airports for future uncertainties.

CDRI's Global Study on Disaster Resilience of Airports will furnish member countries with:

‘Airport resilience’ has been defined as “the ability of an airport to cope with or adapt to stress and enable it to operate at a satisfactory level and restore quickly”[1]. It is CDRI’s endeavour to equip its member countries with such resilient airports.