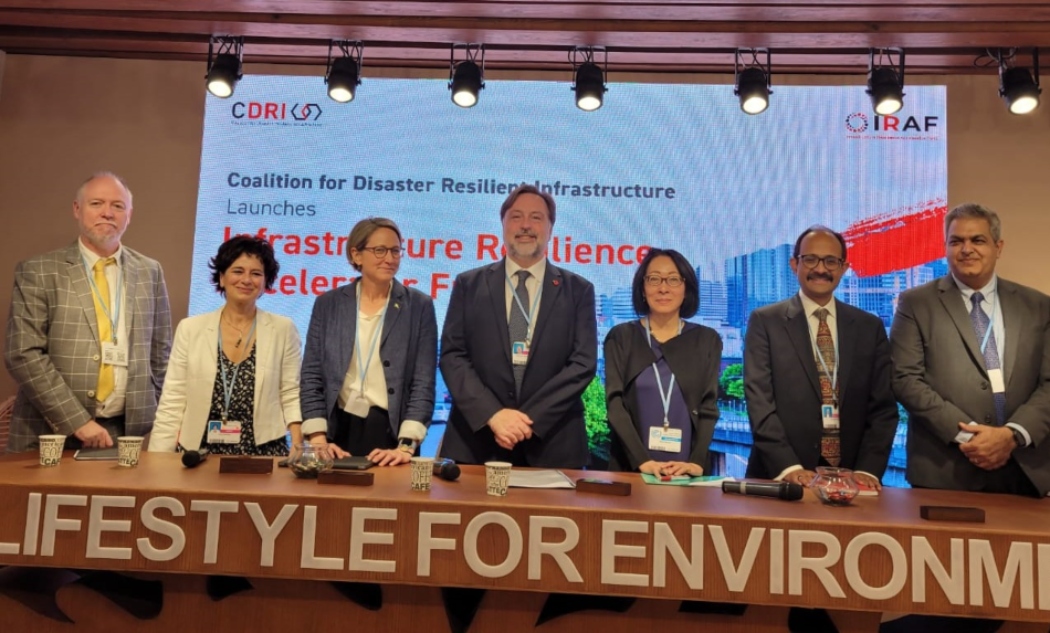 Around US$50 million in financial commitments have already been announced for IRAF over an initial duration of five years. Supported by the Governments of India, the United Kingdom, Australia and the European Union, IRAF’s multi-pronged programme focus will offer customized technical assistance, capacity building, research, knowledge management, and advocacy across the infrastructure life cycle for countries at all stages of development.

Mr. Amit Prothi, Director General, CDRI said “We believe that IRAF will enable CDRI to achieve its mandate of resilience through risk informed investments and infrastructure development resulting in reduced vulnerability of populations and reduced impact of extreme events and disasters on infrastructure systems”.

H.E. Ken O’Flaherty, COP26 Regional Ambassador for Asia/ Pacific, Caribbean and Small Island Developing States, FCDO-Cabinet Office COP26 Unit shared “SIDS are among the most vulnerable countries exposed to disaster and climate risks. The UK is pleased to have worked closely with CDRI and other partners in establishing the trust fund. The launch today is a welcome and an important step towards delivering activities and ensuring impacts on the ground.”

The Hon Pat Conroy MP, Australia’s Minster for International Development and the Pacific, said, “As one of the founding contributors, Australia warmly welcomes the establishment of CDRI’s Infrastructure Resilience Accelerator Fund. This Fund’s early focus on supporting island states will be particularly critical for the Pacific region which is at the forefront of dealing with the effects of climate change—there has never been a more important time to focus on resilient infrastructure than now”.

IRAF will play a crucial role in equipping the Coalition to deliver on improved infrastructure governance, inclusive infrastructure services, diversified knowledge, and financing for resilient infrastructure globally. One of the first initiatives to be supported by IRAF is the Infrastructure for Resilient Island States (IRIS).

Launched by Hon. Prime Minister of India, Shri. Narendra Modi at the UN Climate Action Summit at New York on 23 September 2019, the Coalition for Disaster Resilient Infrastructure (CDRI) is a partnership of national governments, UN agencies and programmes, multilateral development banks and financing mechanisms, the private sector, and knowledge institutions that aims to promote the resilience of new and existing infrastructure systems to climate and disaster risks in support of sustainable development.